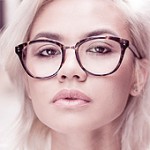 Karen Richardson, who is now an assistant chef at Giglio restaurant in LA, is a daughter of the famous English chef Catherine Richardson. As a proud successor of Richardson’s dynasty, Karen has numerously proved her skills since the very beginning of her career in 2004.

Helen was born in London in 1988, but spent her childhood in Southampton, Hampshire. While her father “was busy carving out his acting career overseas”, according to the interview of Catherine Richardson in “People” magazine, little Helen began to show her interest to culinary arts. When she was 9, her mother taught her first cooking methods. Helen has repeatedly mentioned that her mother made a great contribution into her career and personal development.

Shortly after finishing school in 2002, Helen started to attend cooking masterclasses that were included in Teen Cooking school program. A few years later, Helen decided that her professional life would be connected with “cooking for people”, i.e. with culinary arts.

From 2006 to 2010, she practiced her cooking skills at her mother’s restaurant “Richardson’s” in Philadelphia as a sous chef, pastry chef and later as an assistant chef. After making a 2-year hiatus while also practicing and polishing her cooking skills in developing countries of Europe and Asia, Helen came back to her friends in Los Angeles. There she was introduced to Michael Freeman and James Stevenson. Today Helen is one of the most prominent Giglio team members and we are happy to have her on board.